I first stumbled across Famicom indie rockers The Depreciation Guild way back in 2006 before the first Blip Festival and was immediately sucked into their absorbing, 8-bit infused shoegazey rock sound. While many artists drawing from the chip music world focus on a purist approach revolving around a favored piece of old school gaming hardware, this group used the retro bleeps and noise hits to drive a very different kind of musical vibe awash in reverb-laden guitars and subdued melodies. Their second full length album, Spirit Youth, showcases an incredible amount of polish and a substantive evolution in the band’s sound.

Listening to Spirit Youth, it’s clear the band has grown and undergone some changes over the years. Where their first album In Her Gentle Jaws showcased more of a raw, edgy sound that was bathed heavily in the pleasant sounds of the Nintendo Famicom, Spirit Youth ventures into musical territory situated on the poppier, safer end of the spectrum. The 8-bit sounds are frequently relegated to the background on most tracks,  leaving the listener wondering if there even there at times. That’s a bit disappointing, considering how prominently they factored into the earlier songs – something I enjoyed immensely about the band’s music. But the familiar 8-bit sounds do shine through the highly polished studio mix, and the songwriting remains as tight as ever.

It took some time to adjust to the melded sound, but Spirit Youth got it’s hooks in me soon enough. While the opener, My Chariot, immediately fired off an introductory barrage of NES synth arpeggios, it was the upbeat and melancholy bounce of Crucify You that first grew on me. Midway through the album, the melodic Sonic Youth-esque guitar licks in Trace blended nicely with the subtle downward synth drone in the chorus, making for another standout track. Through the Snow‘s urgent, driving beat and strong undercurrent of pulse channel noodling was equally appealing. Other songs filled in the gaps pleasantly, showcasing the band’s tight musicianship, meticulous guitar work, and ample vocal prowess. There’s not a dud among the lot, though the stylistic peaks and valleys between tracks doesn’t seem as stark as those found among the group’s prior work.

Compared to In Her Gentle Jaws, The Depreciation Guild’s latest effort is a very different animal. It’s a big departure that perhaps plays it safe a little too often. Yet this follow-up album is a tightly crafted effort that I can highly recommend nonetheless. You can pick up a copy of Spirit Youth from Kanine Records.

Throw down some change, because I’m about to pick that shit up! Many, including myself, have attempted to marry chiptunes with the aesthetics of heavy metal, but I’ve yet to hear anyone fully master those untamably unholy sounds quite like Norrin Radd. No, not the Silver Surfer. The other guy. The product of four years of hard labor in the depths of some presumably warped trans-dimensional intergalactic hell, Anomaly is a dark and brooding concept album of chiptune metal that slams down the hammer of Thor like nobody’s business.

I’ve been to hundreds of metal shows over the years – witnessing everything from the blackest, darkest, most twistedly evil shit to some of the goofiest spoof grind bands ever – and Norrin Radd manages to nail every style in the broad spectrum of heavy metal in classic NES style almost effortlessly on this album. Blast beats, ultra heavy breakdowns, epic wailing solos, demonic growling vocals run through the DPCM channel, crazy technical tempo and rhythm shifts: it’s all there…and it’s brilliant. Excuse me while I form a circle pit and kick stuff around my office. Experience this amazing work of metal epicness by downloading it here.

I like that Kevin Hagge decided  on an abbreviated chip music moniker that blends imagery of sword-wielding heroes and fireball casting magic users. And the classic NES reference certainly does not escape me. As Wizwars, he busts out some hard to resist Game Boy tunes in the oh-so-lovely 8-bit aesthetic that titillates my cranium. On Game Boy Rock, Hagge’s particular blend of chiptunes falls somewhere between fist pounding chiptune rock and super catchy dance tracks. It’s been on heavy rotation in my iPod for a few weeks now, keeping me company on trips to GameStop and the super market.

Each song on this short e.p. is tightly crafted and chock full of delicious melodies. Game Boy Rock has been out for a while, but that’s no reason to pass it by. You can download the album for free or support Wizwars by spending human money to purchase a hard copy on CD for $8. Either way, check it out.

You have to the love the fact that Joey Mariano aka Animal Style released his latest EP, Teletime, on an actual NES cart. That’s pretty hard to top on the awesomeness scale. Unfortunately, the old school format and limited release means getting your hands on the cart isn’t going to be easy. They’re sold out. The good news is you can download the album for free in mp3 format over at Pause or you can also get hooked up with the ROM file to play in an emulator to get the full audio/visual experience.

Teletime pairs Mariano’s dancy chiptune rock with snazzy artwork that cycles through like a slideshow with each track. There’s definitely a stronger video game vibe to the compositions this time around, perhaps due in part to the presentation. Musically, the high caliber tracks are on par with the tightness Animal Style fans are accustomed to. However, Mariano’s stellar guitar work (if it’s even present on this album – hard to tell since he masks it with an 8-bit sounding pedal) is far less prominent than on his Open Air EP.

From out of nowhere,  Starscream has come rocketing into the chiptune stratosphere with a blend of spaced-out 8-bit rock that’s hard to resist. With a drumkit, a Game Boy, and a Commodore 64, this duo crafts a melodic and often haunting landscape of blippy sounds that drills its way into your brain like a sonic sniper bullet. They moved the floor like hell at Blip Fest 2009, and cemented their already strong hold on my eardrums.

Their just-released, two-song E.P. The Space Years is a concept record of sorts that showcases the sounds of the C64 more heavily. Both of the tracks are epic-length affairs that amount to a combined 15+ minutes of experimental bliss. This ultra limited release (only 200 copies were made) is already sold out, but you can check out the second track over at their MySpace page. It’s definitely worth a listen, as is the band’s previous album released as a free download over at 8bitpeoples.

The J. Arthur Keenes Band is not a band. It is in fact one quiet fellow from Canada who makes one hell of a pretty noise with a  Game Boy, a guitar, and a voice. That’s all you need to rock, apparently. Though bummed that I missed his set at Blip Fest 09 due to being snowed-in, I did download his free album “Pamplemousse.” After burning it into my eardrums on near-constant repeat for weeks, I can safely say it’s possibly one of the best chiptune EPs I’ve heard in some time.  Made of four tracks full of melody, melancholy, and rocking mayhem, this is one download you don’t want to miss. What are you waiting for? Do it! Do it now! 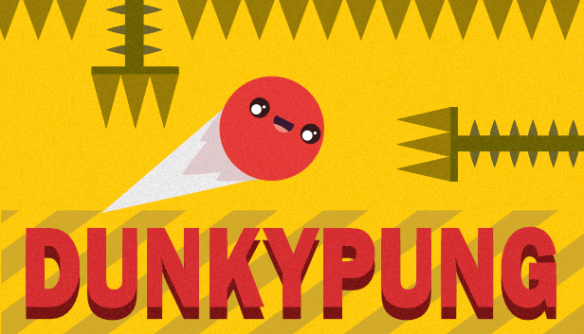