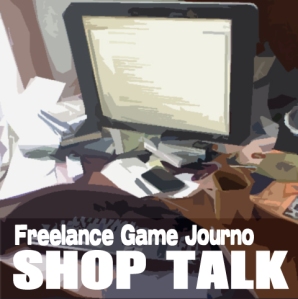 Everyone has their artifacts of power. For a freelancer hoping to break into video game print magazines, there’s nothing more mystical and awe-inspiring than the ever-elusive debug console. These hard-to-attain devices mirror their retail counterparts, only they possess a dark and sinister magic that lets you run early review and preview code. A necessity for working with long-lead print outlets, debug units are harder to come by than they should be. As a freelancer, you will lust after these arcane artifacts. You might even be inspired to quest for them. You will most likely fail. Miserably. But do you REALLY need them to succeed? Let’s talk some shop, shall we?

Debug? Didn’t I Squash One of Those?

“So what the hell is a debug, anyway?” you might ask. Good question. It’s a special developer version of a gaming console that allows you to run early game code well ahead of retail release. In the current console cycle, they come in Wii, Xbox 360, and PS3 flavors, and they’re obtained directly from PR firms for Nintendo, Microsoft, and Sony. While they’re mostly used on the dev side of things for making and testing games – and by PR staff for hands-on demo sessions – major gaming outlets and a number of hand-picked individuals among the video game press use them for coverage.

When it comes to writing reviews and previews for print magazines, debugs are essential tools needed to get the job done. It’s tough to get a steady freelance gig writing for bigger print outlets without access to one of these nefarious machines. Everybody wants them, and it’s damn near impossible to get one as a freelancer without help from an editor at a well-established outlet making a request on your behalf. Even then, your odds of getting a debug are still pretty damn slim.

The problem is there’s way more demand among the enthusiast press for these things than there are available debugs, and the PR gatekeepers are extremely wary of who they give them out to. These things don’t get passed around like free candy. Even if you’re a reputable writer in the industry, are savvy enough to hunt down the right PR folks to contact, and manage to make a strong case for why you should be granted access, expect to toil in misery with little to show for your troubles. You’ll be plunked onto one of the fabled “waiting lists” (RE: a black hole of abyssal hell), and forced to sweat it out for months or years with little response beside “we don’t have anything available at the moment” – assuming you even get a response to your repeat inquiries.

If you somehow manage to get a debug, consider yourself extremely lucky. Do a crazy dance. Let your hair down. Chug some Colt 45. Woo. You’re the shit. But for the rest of you, read on. There’s still hope.

Who Needs A Vorpal Sword? I’ve Got A Twig and Some Duct Tape

Slaying fire-breathing dragons is a hell of a lot easier when you’ve got a giant Sword of F*cking Awesomeness (+10 vs. Things That Are Not Awesome) to swing around like a badass. But any resourceful adventurer can still get the job done with a little craftiness. In a similar fashion, freelancing for print outlets without a debug is totally doable. You just have to be like MacGyver.

Breaking into print outlets isn’t an easy task from the get-go, and while being a freelancer with access to a debug puts you well ahead of the competition, you still have to prove your chops to get your foot in the door. For those of you without one of the devil machines to aid in the assault, your best bet to making it in print is to pitch killer feature ideas and other  pieces geared towards the special sections of a magazine, which tend to be more freelance driven.

Is it still possible to land print reviews and previews without a debug? Absolutely. For hands-on previews, all you really need is the ability to gain access to a demo session. Attending conventions is the most obvious in, since there are tons of hot games to preview as far as the eye can see. Also, if you live near an area where publishers hold regular press events, then it’s often not hard to score an invite to go hands-on with games throughout the year.

Reviews are a bit trickier. The push towards digital distribution is making it much easier on freelancers who don’t have debug units. With the right PR contacts, it’s getting easier to score early retail download codes for some digital titles ahead of release. You may be limited in what you can get your hands on, but it’s something. PR for some publishers have taken to sending early test discs with final review code that’s playable on retail consoles, which is brilliant. I’ve received test discs for all three consoles that have worked on retail units. It’s not very common, but it happens, and it’s a trend I hope will continue.

The current generation’s gaming handhelds are also good options for freelancers without debug access, since they can play special ROMs carts loaded with game code. These are in limited supply and aren’t easy to get from publishers, but they’re far more readily available than debugs consoles. Out of all the DS models, the original DS and the DS Lite can play ROM carts. The PSP also can play test UMDs as well. The trick is building up a solid base of reliable PR contacts and finding out when early copies of games are available in these formats. Of course, this could all change with the next wave of gaming devices. Hopefully it’ll shift towards broader ease of access for the gaming press.

If all else fails, you can always invest in a beefy PC gaming rig, since it’s easy to obtain early preview and review builds in comparison. That’s the beauty of the open platform.

So do you need a debug to get by as a freelancer? No. They’re awesome if you can get one, and it’s worth a shot to try to score one, but don’t beat your head against the brick wall for longer than you have to. I’ve managed to break into a handful of print outlets without one. It’s doable. Be a ninja. Make your own giant Sword of F*cking Awesomeness (+10 vs. Things That Are Not Awesome).

Dig this article? Why not BUY THE BOOK!

My new book Up Up Down Down Left WRITE – The Freelance Guide To Video Game Journalism is out NOW in print and on Kindle! The book is packed with over 256 pages of insider advice, expert insights, and pro tips to help you break into freelance game journalism, successfully pitch editors, deal with the challenges of the freelance life, and much more! Also, If you want to stay up-to-date on the latest developments, promotions, and other upcoming book releases, follow @gamejournoguide and consider signing my mailing list for important updates!

1 thought on “Shop Talk: By The Power of DEBUG!”